DISCOVER MORE ABOUT THIS TOUR

To enrich your appreciation of this tour we have provided below information on your accommodation, the places and attractions you will visit and see, together with some general information on the destination and regions featured in this tour.

This is a magnificent 14th Century courtyard castle, set on the banks of the banks of the River Tieth. It features one of the best preserved Great Halls in Scotland and was also the setting for Monty Python and the Holy Grail – learn how the film was made from the wooden badgers to the alternative history of Spamalot.

A small town just north of Stirling, it is notable as the birthplace of tennis star Andy Murray.

On the Isle of Mull, this is the seat of Clan Maclean and was the home of Fitzroy Hew MacLean, a World War Two hero who is widely believed to have been one of the main inspirations for Bond himself. The castle has also featured as a location for other movies including the 1991 ‘Entrapment’ starring Sean Connery who has Maclean ancestry and of course also famously played James Bond.

This spectacular sea cave on the uninhabited island of Staffa, is known for its natural acoustics. The 69m-long cavern was described by Sir Walter Scott as ‘one of the most extraordinary places I have ever beheld’ and after a visit to Staffa in 1829, the German composer Mendelssohn was inspired by the astonishing acoustics to compose his Hebrides Overture.

A village in western Scotland which lies in the steep-sided Glencoe valley. The area is known for waterfalls and trails that climb peaks such as Buachaille Etive Mor and Bidean nam Bian. In the village, Glencoe Folk Museum occupies 18th-century thatched cottages, with displays on local heritage and the Glencoe massacre of 1692. Wildlife in the area includes red deer and golden eagles and was also the setting for the fictional James Bond family estate ‘Skyfall’.

This is a magnet for climbers and hillwalkers, who come here especially to climb the mountains around Ben Starav to the south east and the Glen Coe mountains to the north and west. It is one of the most photographed beauty spots in Scotland with visitors coming to the area to seek out the famous James Bond’s Skyfall and Braveheart film locations.

Beautiful Bute is one of the most accessible Scottish islands, just a short ferry ride across the Firth of Clyde. Victoriana meets art deco-style in the resort of Rothesay, with its palm trees and promenade. Attractions also include Rothesay Castle, the stately home at nearby Mount Stuart, and some of the country’s best toilets!

The second-largest island of the Inner Hebrides lies off the west coast of Scotland and is well known for its wildlife including whales, dolphins and sea eagles. Also its culture, scenery and outdoor activities makes it a charming and beautiful centre for a Highland holiday away from the cares and pressures of modern life.

In the heart of Mid Argyll, this is one of Scotland’s richest prehistoric landscapes. Over 800 historic monuments, cairns, standing stones, stone circles and rock art dating back over 5000 years have been recorded within this area. Kilmartin Museum collects and cares for all of the archaeological objects.

Meaning ‘end of the beach’ in Gaelic, Kintra is a very picturesque little hamlet and is worth a visit, just for its attractive bay and row of small cottages.

This spectacular Gothic house was the ancestral home of the Marquess of Bute. Mount Stuart is an award-winning attraction featuring magnificent Victorian Gothic architecture and design together with contemporary craftsmanship, surrounded by 300 acres of gloriously maintained grounds and gardens.

The approach to Staffa, which means ‘pillar island’, by sea is breath taking with great basalt columns flanking the deep caves. During spring and early summer, the cliffs and grassy slopes provide nesting sites for various seabirds including guillemots, razorbills and puffins.

An attractive fishing village on Loch Fyne, which for many visitors acts as the gateway to the beautiful peninsula of Kintyre. The pretty harbour front is best appreciated from Robert the Bruce’s 14th century castle above the town.

This group of islands lie just west of Mull and have been landmarks for travellers through the Hebrides for at least 1000 years. Apart from the scenery of the Treshnish and their mystique as a group of uninhabited islands, they hold nationally important treasures in the form of a mediaeval castle as well as a thriving community of wildlife.

This boutique hotel located in a former Greek Orthodox church is right at the heart of everything Glasgow has to offer, not that you really need to leave it for a fantastic stay. The 72 rooms and suites combine character and style with all modern conveniences and there’s a great restaurant serving contemporary French cuisine.

Unique Ashton Lane restaurant showcasing world-class food with delicious Scottish ingredients & one of the best wine cellars in the country!

Scottish tennis superstar, Andy Murray, has transformed this Victorian mansion into a luxury experience with 10 bedrooms and 5 suites. Its Chez Roux restaurant, established by the legendary French chef and restaurateur Albert Roux is  housed in the glass-walled conservatory overlooking the grounds and offers diners a ringside view of the chefs at work in the extensive open kitchen, is run by award-winning executive head chef Darin Campbell.

Run by the effusive Beppo and his charming family, this delightful island retreat offers a world of luxury, seclusion and not a little eccentricity. Set on its own private island, you can stay in the Baronial mansion, or in a Spa suite, complete with private conservatory, patio, large lounge, luxury bathroom and outdoor Jacuzzi hot tub.

Located in Fionnphort’s wild moors, the restaurant is owned by the 2019 Professionals MasterChef contestant Carla Lamont. Anaward-winning seafood restaurant it also offers island beef, pork and game cooked with flair and imagination. Fresh caught lobster, crab and fish arrive daily as your waiter leaves his fishing day job and dons the kilt for service. Hedonism on a plate!

Overlooking Tobermory harbour, this 19th-century hotel is a 6-minute walk from Tobermory’s Main Street and a short drive from MullTheatre and Glengorm Castle.  It has 28 bedrooms and two restaurants that offer stunning views and is also a Whisky Embassy, so there is a fine collection of malts served in an atmosphere conducive to their appreciation.

Set in a 19th-century castle, this high-end B&B with cottages sits on a headland and has 5 upscale, warmly decorated rooms, all with en suite or private bathrooms and 1 has a 4-poster bed. There are also flats and cottages with kitchens and washer/dryers.

The 20 bedrooms over three floors all have views either to the canal basin or look over Loch Crinan and out towards the sound of Jura, and the islands of Scarba and Mull which were Bond movie locations.

These beautifully designed luxury holiday apartments create a timeless, Mediterranean-style oasis on the shores of Loch Fyne. Open-plan spaces, contemporary comfort, and breath-taking loch views from your balcony – you really will experience Scotland in style.

There is only one word that can describe the scenery that awaits you in this most northerly part of the British Isles – stunning! Soaring cliffs, crashing waves and delightfully quiet beaches come in equal measure along the hundreds of miles of coastline and the rugged, rocky landscapes of the mountain areas of the true High Lands have an appeal of their own.

Throw in the beautiful, tree covered glens and the serene atmosphere along the many lochs and you have a destination that can amaze and satisfy every travellers’ wish.

Caledonian MacBrayne, usually shortened to CalMac, is the major operator of passenger and vehicle ferries, and ferry services, between the mainland of Scotland and 22 of the major islands on Scotland’s west coast using a fleet of over 30 vessels of varying sizes.

Their ferries from Oban to Craignure on Isle of Mull return, Tarbert to Portavadie, Colintraive to Rhubodach on Isle of Bute and Rothesay to Wemyss Bay are used during this tour.

For more information about your booking,  to notify us of any dietary requirement, personal needs or simply to enquire about a revised itinerary call us on 020 7118 2110.
download pdf 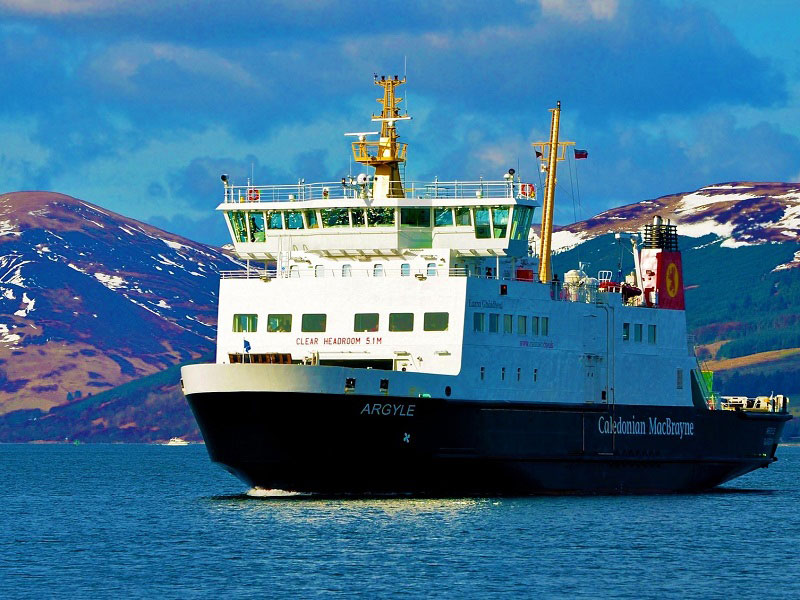 If one of our itineraries above doesn’t quite fit your criteria, or if you had something specific in mind, please don’t hesitate to ask.

We can arrange bespoke holidays and tour itineraries all over the UK & Ireland and through our international operation, Livingstone’s Travel World, to a further 60 destinations around the world. We can focus on food, wine, wildlife, nature, culture, sport or just relaxing in stunning locations.

Simply tell us what you’re looking for and one of our experts will create the perfect itinerary for you and your requirements. Send us an enquiry via our contact page, or preferably Call Us on 020 7118 2110.

If one of our itineraries above doesn’t quite fit your criteria, or if you had something specific in mind, please don’t hesitate to ask.

We can arrange bespoke holidays and tour itineraries all over the UK & Ireland and through our international operation, Livingstone’s Travel World, to a further 60 destinations around the world. We can focus on food, wine, wildlife, nature, culture, sport or just relaxing in stunning locations.

Simply tell us what you’re looking for and one of our experts will create the perfect itinerary for you and your requirements. Send us an enquiry via our contact page, or preferably Call Us on 020 7118 2110.

Whatever the travel requirement it can be fulfilled through our agreement with Livingstone’s Travel World, who like us cater for discerning clients. Information on ATOL protected travel and related Deposits & Payments and a very clear Mission Statement with the emphasis on client Customer Care can be found on the three-page links provided here.

“It’s not just the name we share with the great missionary and explorer David Livingstone, we share a passion for travel and the desire to explore, constantly seeking new experiences for our valued and often very well-travelled clientele”