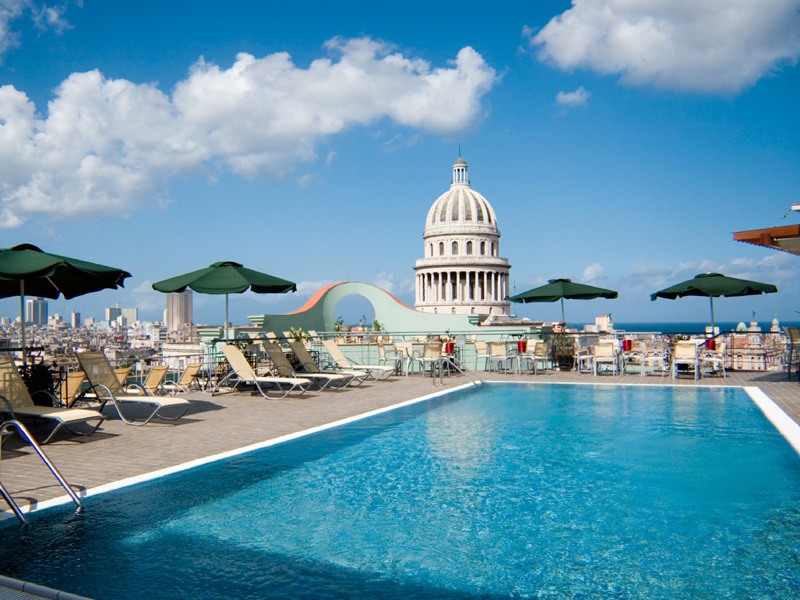 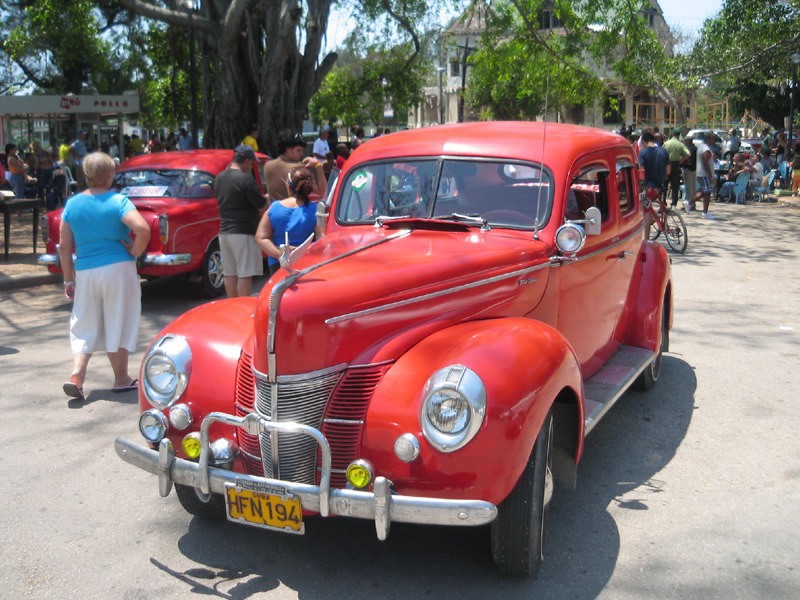 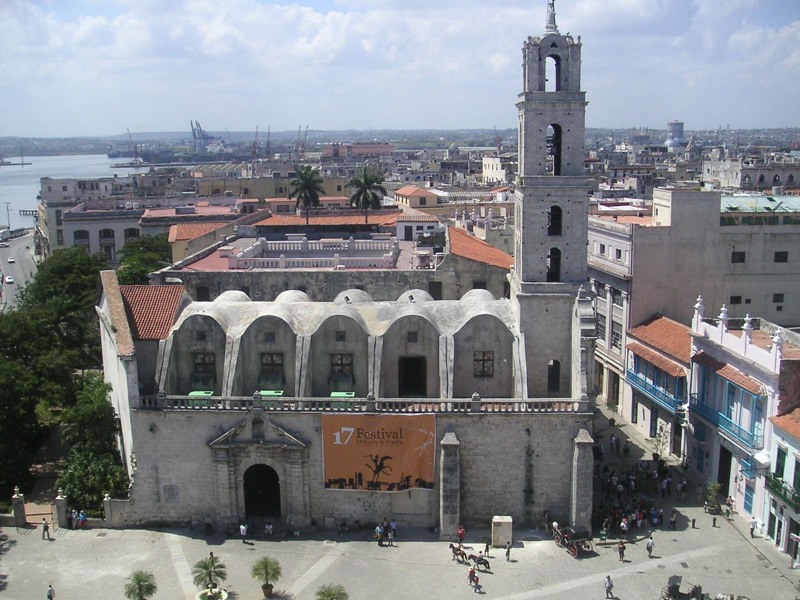 ABOUT THIS CITY BREAK

For the perfect end to your golfing holiday why not add this optional 3 night City Break to Havana that offers an insight into Cuba’s culture and its “Carefree Capital” with sun-drenched cobblestone streets, sultry salsa music, classic cars, cigars, rum, colonial 1950’s flair, art and architecture.

This boutique hotel is located in the historic centre of Havana and is the perfect base during your stay in the Cuban capital. With a five stars plus rating, the hotel has 96 rooms, two bars, two restaurants, a magnificent spa, a gym with high-end equipment and a spectacular rooftop pool with a panoramic view of the Cuban capital.

Its facilities have been renovated maintaining its original spirit and proof of this is its neoclassical façade with French windows, mahogany shutters and wrought iron balconies.

Eating and drinking are t the heart of Cuban culture and the Saratoga delivers these in spades. The Anacaona and Mirador restaurants, along with the three chic bars, guarante the best Cuban and international cuisine, excellent bar service, unbeatable views of Havana and an atmosphere you will not forget.

The only way to experience the magic of Havana is from the seat of a classic American car. See the sights, get the vibe and listen to the rumble of some vintage US muscle. An experience you cannot get anywhere else.

This is your chance to discover two of Cuba’s most iconic products. Even if you have no interest in the product itself, a tour of a cigar factory is a must: you’ll see workers rolling tobacco by hand and hear the lector (reader) employed to keep the workers entertained in a tradition dating back to the 19th Century. You’ll also discover if cigars are rolled on the thighs of dusky maidens is just an urban myth.

Continue to a rum factory to see how another celebrated Cuban export is produced and to sample different varieties in the tasting room. Both visits offer the chance to buy souvenirs – a great way to bring the essence of Cuba back home with you.

Stunning does not really do justice to this most spectacular of the cabarets under an open sky. A unique place in the world to enjoy the music and the Cuban and Caribbean folklore in all their colour, musicality and rhythm. An art extravaganza to multiply the Cuban happiness of a true tropical night and an absolute must on any visit to Havana.

Your City Break includes a round of golf at this delightful 9 hole course. Its wide and wavy fairways adapt to all handicaps. Its greens, surrounded by bunkers, are an uncompromising examination for experts. The club offers cafeteria service, restaurants with Creole and international food and also offers bowling, billiards, electronic games, shops and a beautiful swimming pool. Trolley, club and caddy hire are also available.

As with all Livingstone’s breaks and tour, this Havana City Break is taken at a relaxed pace to ensure you get the most from the trip. The services of knowledgeable English speaking guides are included to guide you though the 500 years of history, the melting pot of cultural influences, the amazing architecture and the people, both famous and infamous that  make p Havana today.

The City break will be added to the end of your golfing holiday and those arriving from Gatwick will return from José Martí International Airport in Havana. If you flew in from Manchester, you will be transferred back to Juan Gualberto Gómez Airport in Varadero.

And yet with all of this going on you can still find a place to relax, either in the National Botanical Gardens with over 4000 native plants species or on the Playas del Este, a coastline of nine tropical white sand beaches and turquoise waters only 20 minutes from the city.

For culture vultures a visit to the Museo Nacional de Bellas Artes is a must or you could take in a performance at the Gran Teatro de La Habana, headquarters of the National Ballet of Cuba, the National Lyric Theater and the Spanish Ballet of Cuba.