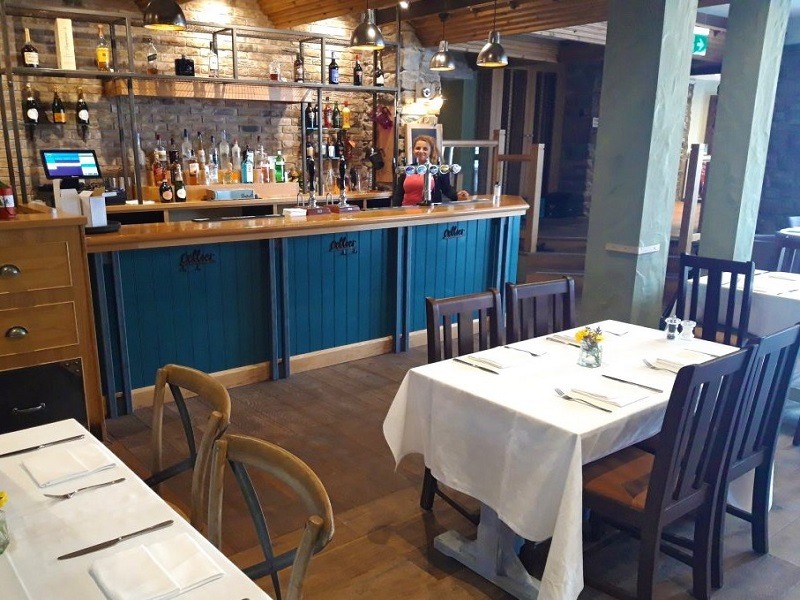 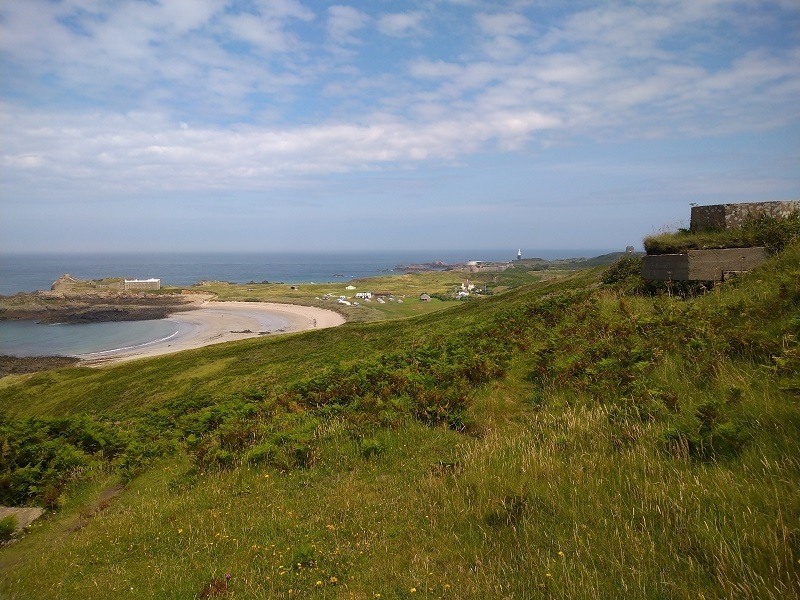 DISCOVER MORE ABOUT THIS TOUR

To enrich your appreciation of this tour we have provided below information on your accommodation, activities, and the places and attractions you will visit and see. We have also provided some background on the destination in general and other notable features.

Located on the beautiful cobbled Victoria Street, at the heart of the vibrant Alderney community of St Anne with Alderney Wildlife centre, Alderney Museum, shops and restaurants all within a few minutes walking distance. The hotel comprises 19 spacious ensuite rooms that are comfortably appointed to provide a relaxing end to the day with TV’s, sofas and plenty of space for your clothes. There’s a light and airy restaurant offering simple, traditional fare for those exploring the Island and where breakfast is a particularly fine affair. Chill in the ‘Chez’ cocktail bar, the largest on Alderney where you can often catch live music and always get a bite to eat.

Situated in St. Anne, this delightful public house & restaurant is housed in a Georgian townhouse with four guest bedrooms. There is a menu that is a contemporary mix of ‘traditional British pub’ and European style with a seafood influence and most evenings you will see something different; from barbecues and seafood Paella in the garden to international cuisine feasts and extravagant taster menus in the Orangery. Visiting is a must when you are on Alderney.

Your Alderney Wildlife Experience features three outstanding elements in the company of local wildlife expert and warden of the British Isles’ newest bird observatory, John Horton. Here are some of the highlights.

The island sits under one of Europe’s great bird migration highways and each rear tens of thousands of trans-Saharan migrant birds stop off at the island annually to rest and refuel during their long journeys. Resident breeding birds include Dartford Warbler and Peregrine Falcon and The British Isles only breeding pairs of Fan-tailed Warblers.

This is the smallest of Alderney’s beaches, sheltered, secluded and calm and where you can enjoy spectacular views of two Victorian fortresses, Château â L’Etoc to your left and Fort Corblets to your right as well as the magnificent Mannez lighthouse.

In the safe hands of experienced local boat skipper Dave Venn aboard ‘Avante’ which can take up to 12 passengers, over two and a half hours you will experience the best views of ‘fortress Alderney’ from the sea and explore its magnificent offshore islet seabird colonies. On your journey you may be lucky and sea the Atlantic Grey Seals and Bottlenose Dolphins that regularly put in appearance so make sure you take a camera along!

Only a few minutes from the town and harbour it is one of the island’s most popular beaches. Its beautiful white sands clear calm waters make it an idyllic place to relax and there are also a hand full restaurants on Braye Road accessible from the beach side just over the sand dunes.

This uninhabited island which lies two miles north west of Alderney is a bird sanctuary which is home to 11 species of breeding birds including the protected Puffin colony, one of the most iconic residents of Alderney. You will enjoy the best views of the island from a boat tour.

This majestic bird, which has the biggest wingspan of any European seabird, comes to breed on two of Alderney’s rocky outcrops: Les Etacs with nearly 6,000 pairs and Ortac with another 2,700 pairs, which is 1% of the world’s northern gannet population which are best seen from a boat trip.

Longis Nature Reserve is the largest reserve in Alderney, covering over 10 percent of the island. It contains thirteen distinctly different habitats including marine, inter-tidal, coastal heathland, grassland, scrub woodland and freshwater ponds, both natural and man-made. The new Naturetrek hide is the perfect place to view various breeding birds amongst its reed-bed and it is also a regular haunt for colourful dragonflies and damselflies.

This is a fantastic opportunity to discover some of the Island’s nocturnal residents under the famed dark skies without the usual light pollution. At the Bird Observatory Moth Trap there is an opportunity to observe and learn about moth research and you get to visit several well known locations to see bats in their natural habitat.

A Roman signal fort which today is home of Britain’s most southerly bird observatory studying the science of bird migration. Immerse yourself in history dating back to the 4th century, this impressive structure tells the story of layers of military occupation from the Roman exterior walls through to the Nazi bunkers. From well preserved examples of herring bone Roman wall design to the WW11 German bunkers which are much as they were left by the occupying army. By torch light you can explore the pitch-black underground tunnels now considered to have been a Nazi chemical weapons store. Your visit ends with a look inside The Nunnery itself to learn about the research undertaken by the observatory.

This massive five-story naval range finding tower is a fine example of the Islands many concrete bunkers built by the Germans. and you get a close up view from the Boat Trip. Although you can no longer go inside, it is well worth the walk as you can enjoy spectacular views across the island to France.

The beautiful curve of white sand, which is sheltered by rocky headlands either side, leads gently down to crystal clear blue waters and in the height of the summer you can often discover an entire beach all to yourself, or share it with a couple of oyster catchers or the resident grey seal.

The church of St Anne, consecrated in 1850 and built to the design of Sir George Gilbert Scott, is acknowledged to be one of the finest Victorian buildings in the Channel Islands. Situated in beautiful surroundings and easily accessible from Victoria Street, this stunning church, home of a full peal of 12 bells, is well worth a visit.

At just one and a half miles wide and three and a half miles long, you are never far from the charming town centre of St. Anne or the beautiful coastline. With no crowds, no queues and no traffic jams, this unique small island is often described as the ‘hidden gem of the Channel Islands’ and offers a warm, peaceful and relaxing escape for you to enjoy.

Prices are based on direct flights from Southampton to Alderney (some date restrictions apply – call for details). Alternatively we offer one stop flights from UK Regional Airports via Guernsey. If you prefer a no-fly option we can arrange this via Condor Fast Ferry from Portsmouth to Guernsey or Jersey.

John Horton, is the warden of the British Isles’ newest bird observatory on Alderney and he featured on BBC Countryfile in this role in the spring of 2016. He moved to Alderney in 2016 taking a career break from the Metropolitan police service where he served as a Wildlife crimes investigator since 2002. After establishing The Channel Islands first bird observatory researching bird migration, he began leading specialist wildlife holidays to the island and has become an expert naturalist so you won’t miss a thing.

Whilst bird watching is John’s forte, since moving to Alderney he has become fascinated by the wealth of local history. He researched local heritage and began leading island tours in 2017while in 2018 John added dedicated WW11 Tours to his repertoire. His clients since have included professional scientists, professors (including the British House of Lords Holocaust Commission) and WW11 enthusiasts from across the world, all keen to explore the wealth of military artifacts and structures still present in Alderney.

This rare mammal is one of Alderney’s iconic residents, making up nearly half of the hedgehog population. Its distinctive pale colour makes it quite easy to spot and they can be found foraging all around the island soon after sunset from spring to autumn.

The Island is blessed with double figures of butterfly species on any given day during the summer months incluiding the beautiful Glanville Fritillary, which, whilst rare in the UK is quite common in Alderney. The orange and brown chequered butterfly can be seen all over the island especially on the South Cliffs, as well at Longis Reserve and along the railway track. Alderney has recorded over 1000 different species of moths, and at the Alderney Bird Observatory moth trap there is an opportunity to observe and learn about moth research, these ‘night flying butterflies’ are a strong indicator of a flourishing ecosystem.

Alderney is one of the best places in Europe to observe the night sky and often the stars in the sky are something to behold, which was the very reason Sir Patrick Moore had a residence here.

There are numerous surviving reminders of the military emplacements that were constructed during the German Occupation. These included artillery and anti aircraft batteries, an anti tank wall at Longis Bay all connected by miles of tunnels that acted as shelters and ammunition stores.

The quaint cobbled Victoria Street in St Anne has a traditional high street feel with a post office, newsagent, butcher, hardware store and a deli, as well as boutiques and charming souvenir shops. With colourful bunting threaded from side to side across the street, it offers a unique shopping experience to enjoy. Elsewhere on the island you’ll find ‘honesty boxes’ on people’s doorsteps, selling everything from fruit and vegetables to flowers and eggs, to home made jams and chutneys.

Depending on the time of year that you visit ,the island can be awash with wildflowers with over 1200 species recorded, The flora includes beautiful, rare wild orchids and the Alderney Sea Lavender is amongst several exceedingly rare coastal dwelling flowers hard to find elsewhere in the British Isles.

From high quality restaurants to laid back lunches with a view of the sea, afternoon tea in a sunny garden or fish and chips by the harbour, every dining experience offers the freshest ingredients and tantalizing choice.